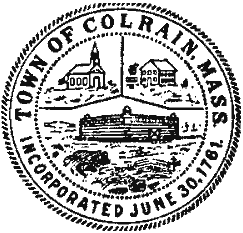 Congratulations To Colrain on Recently Becoming a Green Community

“We are proud to support the Green Communities program and the work it allows state and local governments to do in order to protect the environment and reduce greenhouse gas emissions through responsible clean energy policies,” said Governor Charlie Baker. “Cities and towns that participate in the Green Communities program have access to additional resources that help facilitate investments in energy efficiency and renewable energy projects while reducing energy costs and carbon footprints.”

“These towns are making tremendous strides to reduce energy consumption and save money and this grant funding is another step we are taking to provide cities and towns across the Commonwealth with the tools they need to continue to move Massachusetts forward as a leader in energy efficiency,” said Lieutenant Governor Karyn Polito.

Under the Green Communities Act, cities and towns must meet five criteria to be designated a Green Community and receive funding, including reducing municipal energy consumption by 20 percent over five years. The 30 newly designated Green Communities have committed to reduce their energy consumption by 293,936 MMBTUs in five years, energy use equivalent to heating and powering 2,281 homes, and greenhouse gas emission (GHG) reduction of 21,380 metric tons equivalent to taking 4,501 cars off the roads.

Tips for your contractor when planning a new home or renovation
Posted: Thu, Jan 26, 2023

Ways to save with rising costs

Town Clerk working from home today due to illness, reachable at townclerk@colrain-ma.gov